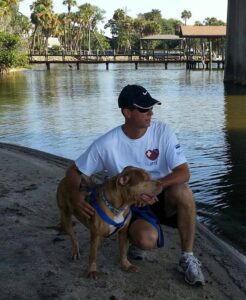 When it first sunk in

My world shifted as much as

I could not see the world as it had been

It was a new scary place

Lost in a land of constant discomfort

This past year I’ve been fighting reality on this planet, wanting my old life back where I didn’t need to worry daily about a family member’s struggles, activities or condition. This constant worry was a form of prison in which I thought I may never figure out how to escape. I’d have moments—periods of time I felt ‘normal’ again, but it was temporary. This worry was so large that every other worry was morphed to an inconsequentially small one.

But in my windows of sanity I would take small moments to research, ponder and meditate, and then a bit more moments in between my feelings of overwhelming angst, and I finally began to see slivers of light.

I found some poignant posts in a Facebook support group, but a large amount of the posts would express how bad it is, how the disease is horrible, how their loved one is gone from them, and many of the loved ones are suffering with irritability, depression and anger. Most agree it is really tough.

Right now, my son is usually well, loves attention, and still has moments of clarity. His has been a slow onset of the last few years, with a diagnosis a year and a half ago. He wasn’t always though. He would get down, irritable, and stubborn. That was before we learned a different way to be around him.

Think of his perspective. Think of the courage it takes to wake every day and have the knowledge you are deficient. You are forgetful. There is something wrong with your brain. But you don’t understand why. It’s just there and feels bad. But you arise and enter the day, maybe not knowing or understanding what it may hold. That’s courage. People may ask you questions that you can’t answer. Or tell you you’ve done something wrong, or news that’s depressing, yet you can’t come up with words to let others know how that makes you feel. But you still go about your day as best you can.

I am learning new care giving skills. By no means am I perfect, but little by little I am changing my behavior to elicit wellbeing in my son.

The straight forward, modern treatment has been to keep the patient clean, well-fed, happy and occupied, if possible. For any difficult behavior that prevents this, the solution is often trying various pharmaceuticals. I’m not denying that sometimes it is warranted, especially when the patient is presenting a danger to himself or others. But I am often surprised how many drugs some of these patients are on. Some have horrendous side-effects.

I am also surprised how some psychiatrists think making these patients ‘face reality’, even though they will forget over and over, is helpful. I just read a post from a son whose mother is in a facility and keeps asking to go home. Her psychiatrist told the son she needs to be told the house is sold. Imagine her hurt every time she hears this, needing to be told this over and over. Instead, she could be told, oh, the house had a plumbing accident, it is such a big mess, it isn’t livable right now. She could accept this and have a sense of wellbeing.

This idea came from a new method for caregivers called Contented Dementia and was developed by an intuitive woman, Penny, who noticed her own mother with dementia had a sense of wellbeing when she was with her, but Mom was very difficult and irritated when she was with Dad. Her husband was a doctor and didn’t want to accept that his wife had dementia. He badgered her with questions and insisted she could remember if she really tried. He tried to control her.

Conversely, when with Penny, Penny would study her mom’s reactions and feelings, attempting to view things from her perspective. For example, when her mom was placed in an assisted living cottage, when Penny visited, she would tell her mom when she had to go home. And every time it would make her mom cry terribly. She discovered it was the word ‘home’. Her mother wanted to go home too. When Penny switched to, “I have to go pick up some things at the store and I will be back tomorrow, is there anything that you would like me to bring you?”

Her mother accepted this easily. No more tears!

There is a lot more in this new method, but the basis of it is this: Yes, the memory is affected, (and personality in FTD) but the person’s emotions are still felt 100%. Penny discovered that she could help patients tap into their wellbeing when she understood the emotions they were experiencing. Even someone with deficient memory can feel contented.

With my son, I try not to ask him a battery of questions, but rather poke around the topic with statements. He doesn’t feel pressured to try to come up with an answer, which, if the answer isn’t available to him, can make him feel like he failed.

In the past I’d ask him, “What did you have for lunch?” and he would look blankly at me while he searched in his mind for the information. Usually it wouldn’t come and his face would fall.

When someone with dementia feels good about himself, more information is available. The stress is gone. If I say while looking in the fridge, “Boy you have lots of great meals to choose from. I’ll bet you’re full.” Often, miraculously, he’ll respond, telling me what he had. I wasn’t demanding he remember anything. Out of feeling good the memory was offered up.

And getting him to do his chores (getting him to be physically active is good for him) was really difficult before. Now, not so much. Just this morning I saw some limbs laying in the yard, and I said, “It’s a good time to take these branches down to a pile on the road. I think the truck is coming today. I could use some help.”

He popped right up to help. In the past I would’ve asked him “Will you pick up the fronds and limbs in the yard and get them down to the road today?” He’d say yes, he’d do it, and then it would never get done.

I’ve also read on support groups family members saying, “My loved one isn’t there anymore.” But somewhere deep inside they are still there; pay attention to the emotions, if they are able to still emote. If not, you need to seek even deeper, until you can feel the essence of that person, because, I believe, their soul is still there, still holding that body in perfect, infinite love.