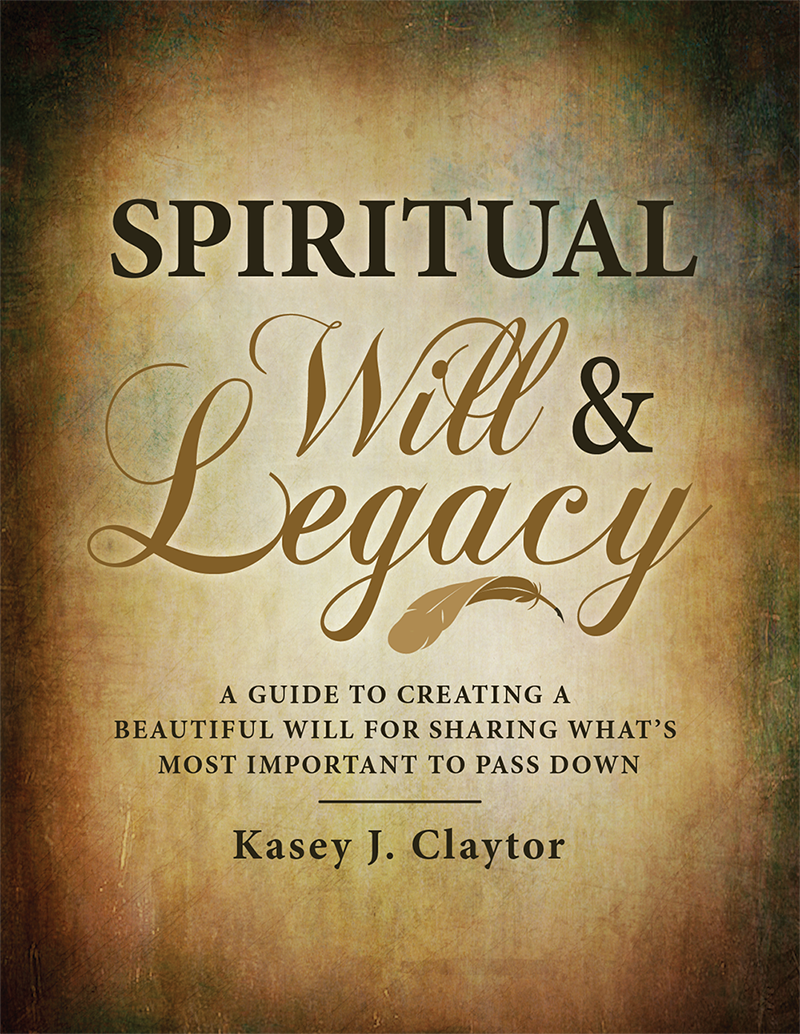 Here is a workbook to bequeath your beliefs, ethics, values and history as a legacy to your heirs. Pass down intangibles like your knowledge and what is in your hearts..
There are questions to inspire you on various topics such as impactful life lessons, humorous family stories, good advice from your parents, and things you wish you had been taught!
Once you get into the process, you’ll realize the benefit of this exercise for you and your own growth.
This is your love letter to those who live on after you and even those who aren’t born yet. More information here. 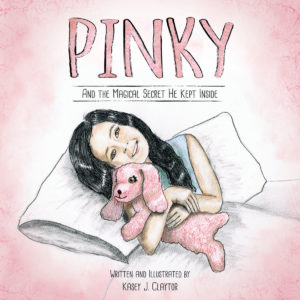 This small, pink, stuffed dog, Pinky, wanted nothing more than to be the best loved of all the stuffed animals sweet Francesca had. In this endearing story Pinky learns just how important his love is. From Francesca’s dream to Pinky’s big award, this little book will steal your heart. Find out why this was written, and how it came about. 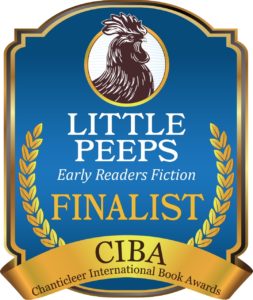 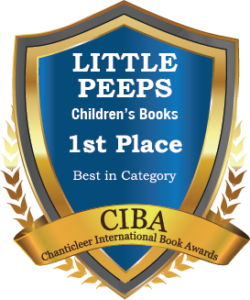 The background: A real story!

When Kasey was 5 years old and very sick, her grandmother brought over a pink, furry, stuffed puppy dog. She loved it right away, and gave it an elaborate, long name, Pinky Jr. Sammy Christmas Jingle Bells Kris Roy.  A couple of years later she had a vivid dream about the toy. In it, Pinky and all her other stuffed animals traveled way out into the country at midnight, while she was asleep. They arrived at a big barn where all the other stuffed animals had come for an awards ceremony just for them!  She watched in her dream as Pinky won the most prestigious award for being the most loved stuffed puppy! The toys in charge of the ceremony sewed the award inside of his underbelly. When Kasey awoke, she felt the dog, believing it just might be true! More About Pinky 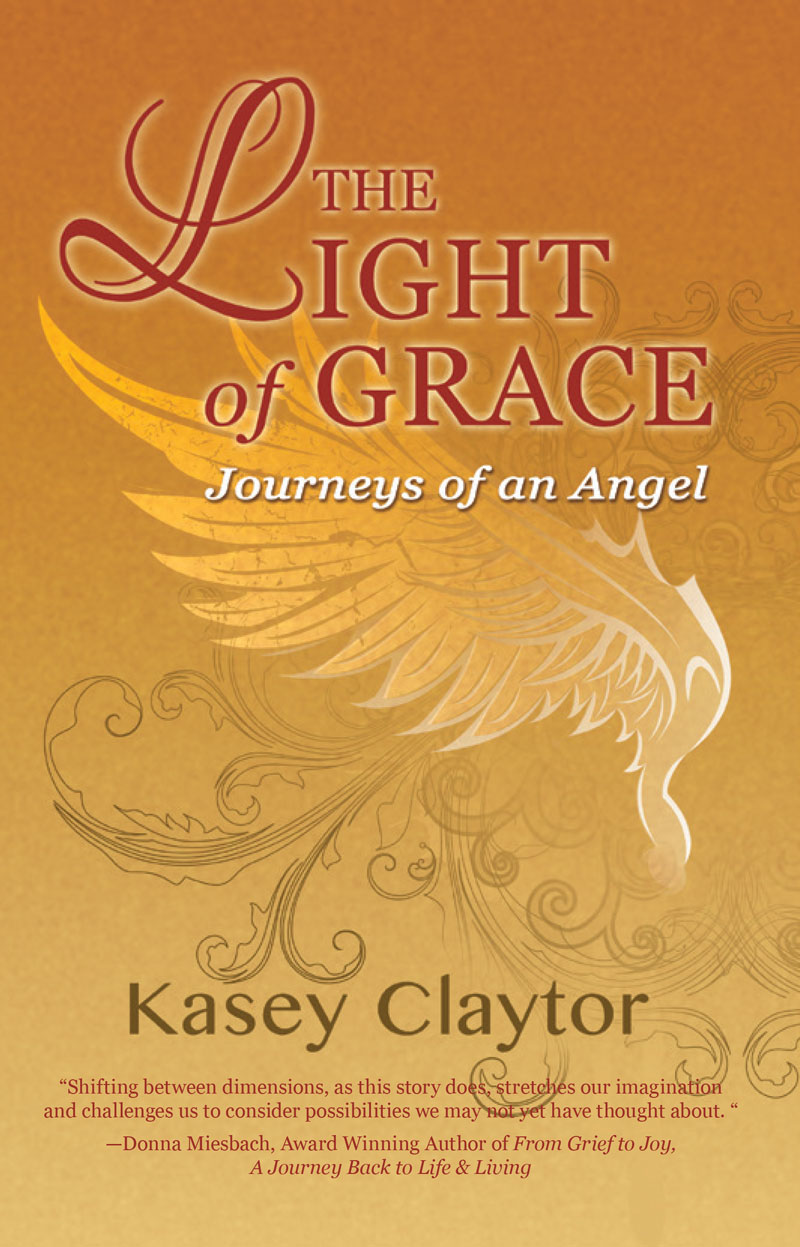 Latest Novel, The Light of Grace, Journeys of an Angel,  named BOOK OF THE YEAR finalist

The Light of Grace takes readers on an epic spiritual adventure as Grace, a newly-assigned angel, is given four humans to guide: Mumbi, an innovative prehistoric girl guided to break through limitations; Garth, a devout 14th century Christian who questions his faith; Arnina, a sensitive woman in the 21st century who seeks to rid herself of anxiety and fear; and Alistair, an extraordinary man living in the 26th century who
explores the planes of consciousness.

Grace is accompanied by her loyal emissary, Aelfraed, who takes the form of a dog, a wolf, and a fox on earth so he can keep watch on Grace’s people. Follow Grace as she leaps through time and space to guide her humans through clan battles, war, space travel, lost loves, high times, and times of despair; and celebrate with her as they earn their hard-wrought wisdom.

Discover the secrets of life in a story that spans thousands of years: how angels and humans communicate, how they manifest their realities and bring forth their latent abilities.

Unleash your imagination. Discover an epic spiritual adventure through the pages of The Light of Grace. 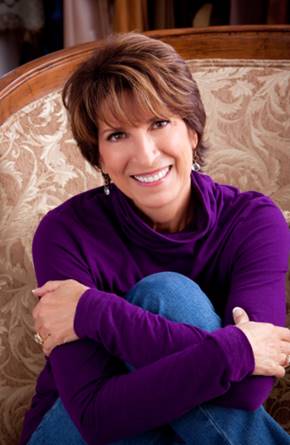 Please notice we have a drop down menu of prices for seniors, students, etc. You will also need to fill out the application. Download and print here, email to osprey@cfl.rr.com and pay below with a credit card.

Or, mail to Kasey Claytor, 918 South Washington Ave. , Titusville, Fl. 32780 with your check made out to Osprey Publishing. Download complete course description here. 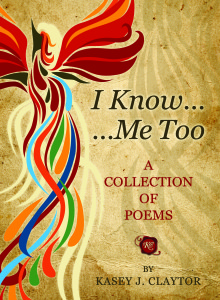 Just Released, Kasey’s new BOOK OF POETRY
I Know…Me Too, a collection of poems

“These selected poems were written over a 40-year period. I dedicate this small collection to all the people who have touched me through these years: those who have loved me, liked me, challenged me, humored me, listened to and understood me, or even caused me pain, for in all of that I have become who I am now. Who I once was—that little girl, the young wife, mother, and career woman—are all various incarnations of myself, arising to inspire the poems found herein. I wish you experience some of the bliss that inspired the words in these poems.” 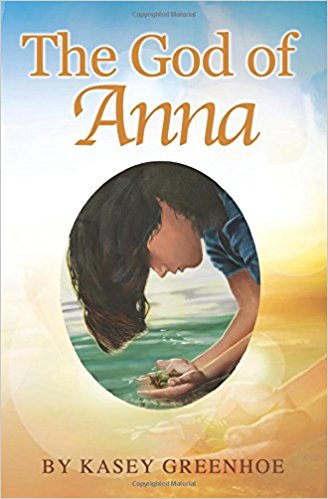 The God of Anna

The story is a memoir told by Anna, about a year in her life that held serious struggles for her when she was about to turn 11 years old. This bright, introspective child lost her loving father and gradually came to realize that he had held their little family together with his charm and philosophical outlook. His strengths are lacking in Anna’s mother, and she folds in her new responsibilities. This book is written to inspire, to show that no matter how ugly life can get, the power of life itself will support you. Anna is different from most other children because she learns to look inward for answers to life’s difficulties-something that even as adults we have a hard time doing. Anna is guided and inspired by her great aunt. She discovers an inner world that will keep her safe if she will listen to it. The story is set along a grand Florida river in the 1960’s with all the lush jungle backdrop that captivates the girl. This book isn’t a common story of the abused child who waits to be rescued; Anna is a fierce and invincible force by the end of the book. The God of Anna will take you on an adventure through the world of possibilities and show you how thoughts and behavior create the life you live today. It will show how the answers to our deepest questions are found within our spirit, and how we can find glorious beauty in the dreariest situations. 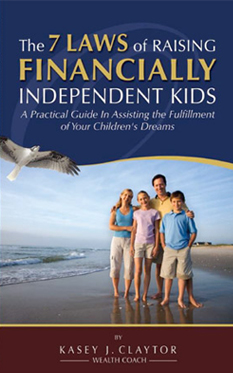 The 7 Laws of Raising Kids to be Financially Independent introduces parents and grandparents to the powers they hold to bring a fulfilling and abundant life to their young ones. It is written for parents who seek an empowering, warm, hands-on approach to instill self-sufficiency, money skills, and Financial Harmony in their children. Financial harmony is where purpose, desires and beliefs all blend. In a unique mix of psychology and financial proficiency, the reader is guided through their children’s stages of development, from toddler into adulthood. Readers will learn how to really listen to their kids, how to foster creativity, develop discernment and an acute decision-making ability, a tolerance for risk taking and many more qualities that are essential for great success. Our school system doesn’t teach the skills necessary to be an entrepreneur, business owner, or to discover one’s true passions and purpose, but instead teaches how to be a good employee. The information in this book will give children a choice when they grow up, confident in their own ability to guide their lives in the direction of an exciting, magical, and enchanted life. A fascinating tool is provided that allows the parents to see at what level of money knowledge and financial comfort they currently are, and how they, themselves can increase their own prosperity and peace of mind.